Home » entertainment » Alto Reed, Saks Man with Bob Siger and the Silver Bullet Band, has passed away at the age of 72
entertainment

Alto Reed, Saks Man with Bob Siger and the Silver Bullet Band, has passed away at the age of 72

Alto Reed, the saxophonist whose distinctive hooks and stage moves made him a star of the silver band Pop Seger, died Wednesday morning of colon cancer. He was 72 years old.

Born to Thomas Cartmel in Detroit, Reed was a purebred member of the Silver Bullet, who was recruited by Seger in 1974 as Detroit rockers sat on the cusp of a national outbreak. Alongside guitarist Chris Campbell, he was the longest-serving player in the group, touring with Seger and the Silver Bullet until late 2019.

He had been linked with Seger two years earlier, playing as part of the album sessions for “Back in ’72” – including his trademark introduction to Turn the Page.

Along with Seger, Reed became a familiar figure in rock and roll in the wake of the 1976 “Live Bullet”, and his surrounding theatrical moves and elegant presence add a visual touch to Seger’s live performances.

“I loved him like my brother,” said Seager in a statement. “Maybe I was a captain, but he was our rock star. He was a crowd favorite. He was bold and mundane. I learned a lot from this guy. He was a great ambassador for fans. He took time for everyone, any picture, anywhere. I can’t afford to. I say enough good things about him. “ 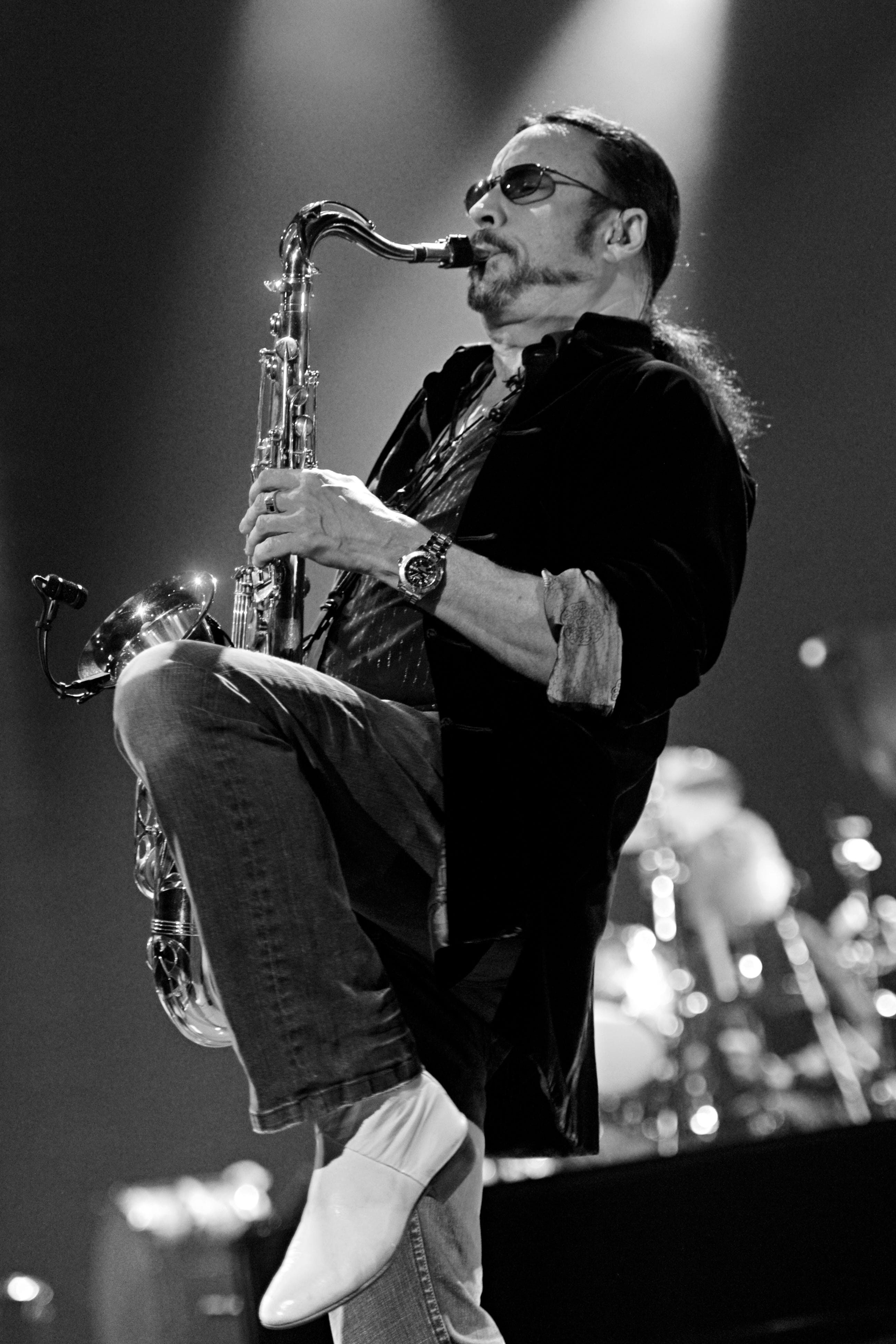 Bob Seger Alto Reed and the Silver Bullet Band perform at the US Bank Arena on April 5, 2011, in Cincinnati. (Photo: Amy Harris, The Associated Press)

The Saxe-Reed streaks were some of the most distinctive musical features of Seeger’s work – from the iconic sad opening “Turn the Page” to sizzling solos on numbers such as “Old Time Rock and Roll” and “Rock and Roll Never Forgets.”

Reid’s last show in his hometown was with the Silver Bullet on June 21, 2019, at a retail DTE Energy Music Theater, as Seger wrapped up a stand of six shows in the former Pine Knob.

Motor City Horns trombone player John Rutherford who has been part of Seager’s live band for the past 15 years, said Reed has been a friendly, road-going character.

“He was definitely a showman, but he did a great job at (balancing) the showmanship with the music – he never sacrificed music,” Rutherford said. “He was a mentor. Obviously, for us, joining a group that has been together for 35 years was kind of an adoption in a family, and he always did his best to meet friends of mine.”

His credits extended well beyond the Seger catalog: from the 1970s onwards, Reed also worked with works such as Ted Nugent, Robin Gibb, Enchantment, Fugue, Grand Funk Railroad and more.

Perhaps his most beloved work with Seger came with “Turn the Page,” in which the moody sax music, performed by Reed solo in the spotlight, instantly raised the roar of the concert crowd. Reed crafted his side – which has held out as one of the most famous Saks streaks in rock history – with the help of road manager Tom Wechsler, who encouraged him to envision a movie scene: a misty late-night alley down a street. a lamp.

Seeger said in a statement that his performance on the song “helped us take us to another level.”

“Our hearts are deeply shattered by this terrible loss, but they are also full of gratitude when we consider his legacy and how incredibly lucky we are to call such a special man.”

The family requests donations in Reed’s name to the Detroit Harmony, an initiative established by the Detroit Symphony Orchestra to provide area students with musical instruments.

With a heavy heart we inform you of the death of our lifelong friend and co-band, Alto Reed. Alto died this morning in his home with his family next to him after fighting a brave battle with colon cancer.

Alto has been a part of our musical family, on and off stage, for nearly 50 years. I first started playing with Alto in 1971. He was amazing. He could play anything … it was funky, and he could play sax and alto sax at the same time.

We worked with Alto a lot and when we booked our first major concerts at Cobo Hall, we asked him to be a part of those shows. No doubt his outstanding performance on Turn The Page helped us take us to another level. He’s been with us on that stage on nearly every show, since then. Whether it was Turn The Page, Mainstreet, or Old Time Rock And Roll, audiences were rocking every time he played his role. In our band, Alto was a rock star.

Off the stage, Alto had a passion for discovering and trying new things. He taught me how to sail Biscayne Bay, swim with sharks (unwittingly!), And often introduce us to the local foods and restaurants that he discovered. I called him captain. He was more daring than I was. I remember visiting him in the Miami area and finding him feeding manatees in a lake behind his home. Most of us feed seagulls, and Alto feed manatees!

Alto founded a family and was an amazing father. He helped raise two young, talented, beautiful and intelligent women. Over the years, his passion for music, new life and adventures has not diminished. We loved him as a brother and we will miss him forever.

I was told I was kicked out by the planes.